Autism Dialogue at The Second Systemic Practice and Autism Conference

Autism Dialogue’s Jonathan Drury gave a talk at the above event and convened a short dialogue with a range of professionals in the field. Some of that talk is presented below.

Dr. Simon announced that a collection of writings in a book is planned for 2020 and we have been invited to submit a chapter proposal.

practices of power in how we use language and how we position ourselves when speaking about our conversations with people. Presenters and workshop hosts are encouraged to adopt an alongside position rather than purely an about-ness position (Shotter 2011).” from Uni of Beds website

‘Facing the Unknown Together with Bohm Dialogue for Autism’

– Slides and audio recording below.

“….Quantum physicist David Bohm argued that our language and behaviour is far too object oriented and noun based, and this is making us see a world of static objects instead of dynamic processes, leading to fragmentation of consciousness and under-developed systems.

In ‘Thought as a System’ he rejects the notion that our thinking processes neutrally report on what is “out there” in an objective world. He explores the manner in which thought actively participates in forming our perceptions, our sense of meaning and our daily actions. He suggests that collective thought and knowledge have become so automated that we are in large part controlled by them, with a subsequent loss of authenticity, freedom and order.

The ‘space between’ participants, thought and language can be characterised as a form of common

reason where multiple voices create and work on single ideas. With colleagues, Bohm created a method we now know as ‘Bohm Dialogue’,

Whether, in Autism Dialogue, we have set out to mediate the perceived conflict across cultures is a good question. The reason to engage in dialogue is a practical matter and depends on the participants. Ours have included members from a range of backgrounds – research, mental health, family members etc. Both autistic and not. Ultimately, Dialogue creates shared meaning, values and a sense of community that supports joint action and the creation of culture.

Martin Buber discussed the ontology of the dialogical, e.g. the reality and nature of dialogue is systemic in the systems thinking sense of the word: human systems in dialogue develop and create something new out of what the participating individual values, ideas and knowledge bring with them. In dialogue, participants set aside the belief that thoughts or ideas can only be communicated from an individual to another, or that rules and forces external to these two individuals determine what is spoken.

Dialogue is made from the Greek words dia, meaning across or between and legein, meaning to speak.

Bohm tried to develop an experimental approach to language – a “new mode” of using existing languages – which he called the rheomode – from the Greek ‘rheo-’ to flow. This approach was based upon his thesis that it might be possible for “the syntax and grammatical form of language to be changed, to give a basic role to the verb rather than the noun.

He argued that our language is far too object oriented or noun based, and that is making us see a world of static objects instead of dynamic processes.

One of my main concerns I believe Dialogue can address is the fundamental question of autism and the nature of self.  The word autism comes from the Greek autos, meaning ‘self’.

Autism raises many fundamental questions around the nature of self, identity and existence, society, wholeness, philosophy, health and medicine.  Is it ‘self-ism’ that has become an ‘epidemic’?

From within our ‘temporary system’, using a set of easily learned tools, we may safely and immediately address problems associated with autistic perception, deficit-based perspectives, notions of power and Milton’s double empathy problem (Milton, 2012).  In Sheffield, we have seen a health service commissioner sit in the same space, on equal terms as a ‘service-user’ and a parent of autistic adults sharing openly with a range of autistic people, practitioners and peers.

In our dialogues last year we addressed a common systemic issue; that of autistic and non-autistic people.  We thought about it and wrangled with it together and then the non-autistic people went away and we ran three sessions with just autistic people, then came back together for a final three hour session.  By assembling our own micro-society, dismantling and reassembling it, we were able to interrogate and reconstitute the systemic boundaries, exploring where the power lies and the responsibilities that come with it.

As one of my professors Nick Hodge stated “rights are only activated if the dominant group recognises first the humanity of those made marginal and then acknowledges its corresponding duties to protect these rights.” 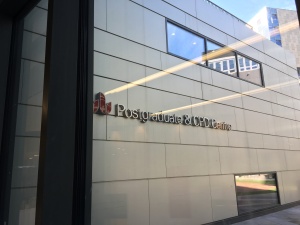 As I’ve indicated, the systemic issues are highly complex. But as participants from a wide range of backgrounds, we’ve grown, by sharing deep feelings of self-acceptance and alignment, pride and gratitude for ourselves, each other and the space, but these can be checked by others who feel excluded by language, or felt that deeper levels of meaning were missed. Personal emotions can run high as autistic social challenges increase —for example, of knowing exactly when to speak, what is the new politically correct or wondering what one said was of value to others or not. It’s a space of care and generosity, of compassion and benevolence.

Note the small print in the DSMV about systemic stress:

“Symptoms must be present in early developmental period (but may not become fully manifest until social demands exceed limited capacities, or may be masked by learned strategies later in life”.

Dialogic parenting is clearly an area where autism research could focus and family systems therapy can already talk to that relational importance….

There must be opportunities internally within large organisations for autism (and other) dialogues as an interface between researchers, staff, service-users and wider support networks.  An organisation with sound values and a strong accountability structure can adapt to—and welcomes—new challenges. Perhaps we can together help organisations and society to be more open and see more of the positive environmental impacts autism and autistic individuals may bring.

Professional standards under development by the Academy of Professional Dialogue, they need to be in place and early partnering with healthcare organisations will support this, provided there is no perceived threat to medical progress and they can be flexible enough to listen to the autistic community who, in turn, can work with the concept of ‘therapeutic intervention’

Research to study the efficacy and effectiveness of Dialogue, likely demonstrating that it can lead directly to improved well-being for autistic adults —for example, via enabling reduction in anxiety and increases in empowerment and confidence…..

Autism Dialogue could relieve pressure from private and public healthcare services. It can be used alongside organisational development, at the interface between researchers, staff, service-users and their support networks and as a front line offering via GP services.

Perhaps we can begin to help society to be more open and celebrate more of the positive aspects autism and all autistic individuals bring. National spending priority should be placed on applied research to help people living with neurological differences, instead of on basic genetic, biological and medical research.

More autistic people are becoming involved in research, and good practice will forever be changing. Making use of Dialogue in conjunction with integrated practice-based research could support more realistic goals.

Dialogue allows multiple stakeholders’ perspectives to co-exist in the same space of enquiry and understanding, slowing down normative modes of interaction into more of an evolving, unified flow. New knowledge is generated and without cause for power-politic or agenda, ripples back, systemically.

Personal balance is restored and associated anxiety reduced, thus allowing autistic wellbeing to improve.  We have a lot of feedback now starting to show the effects on participants lives.

I believe there should be more spaces in society to enable its own interrogation and of our assumptions of humanness and normalcy, culture and notions of identity.

Going forward there is a lot of work to be done. Organisations require evidence, resources and substantial commitment and support. Training and to have in place supervision for new and established facilitators

Building trust or seeking social parity in a medically dominated environment will be a huge task.  Many autistic people also often have great vision and, in my experience, much compassion and of course, a deeply genuine need for systems to work and better universal understanding and knowledge is crucial.

Autistic people could be empowered by identifying with a positive community, reducing common symptoms and thus relieving pressure from healthcare services, where waiting lists are over two years in some areas.

But we need more help to continue and I invite you to get in touch for discussions, with ideas and your suggestions and invitations for talks and dialogue programmes.

In concluding, I think Autism Dialogue is:

This site uses Akismet to reduce spam. Learn how your comment data is processed.